A Leader vs. a Boss - What's the Difference? 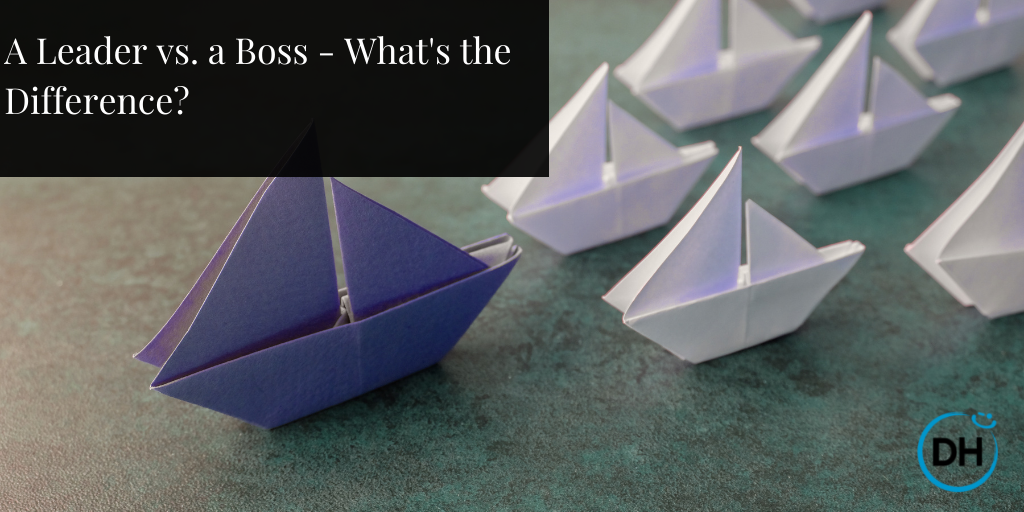 A true leader doesn't demand respect. They command it. Unless you were lucky enough to fall into your dream job straight out of school, you have worked under both leaders and bosses. You might be thinking, yeah, but what's the difference between a leader and a boss? Aren't they the same thing?

If you look up the words leader and boss in a dictionary, you arrive at pretty similar definitions.

Leader: the person who leads or commands a group, organization, or country.

Boss: a person who is in charge of a person, group, or organization.

Just from their definitions, they seem very similar. But in the real world, being a leader instead of a boss could be the difference between your company thriving and failing. Here's why:

This point, in particular, has been highlighted during the pandemic. Leaders who've acted empathetically may have been hit harder financially than bosses who placed profits above the health and well-being of their employees. In the long run, however, being a leader over a boss always pays dividends.

A leader during a time of crisis displays understanding and awareness of the situation. This can be seen in a myriad of ways as long as the tactics taken by the leader lean more in favor of his or her employees.

For example, leaders who allow their employees with children to work remotely as schools and childcare are closed. Or a leader that regularly checked in and supported their remote teams via Zoom chats or follow-up emails.

Despite reports that unhappy workers cost businesses up to $550 billion a year, a boss will still chase profits at the expense of their workers' well-being. This is a crucial characteristic that is unique to a "boss" — short-sighted and looking for quick fixes that save money.

Bosses seem to align themselves with outdated ways of management. If an employee is out of sight and unable to be monitored, they assume that the employee must be slacking off and, therefore, less productive.

This has been challenged during the pandemic, as thousands of businesses were forced into a remote working model. Studies show that employees who were trusted and allowed autonomy to work at home were up to 13% more productive.

Modern-day leaders, who are more inclined to listen and learn from new studies rather than be dogmatically attached to old ones, capitalize on this fact.

This is perhaps the most significant difference between leaders and bosses.

A true leader will always motivate their workforce by inspiring them and leading by example. They don't demand respect but are granted it by their employees due to fair, proactive, and confident leadership.

A leader is one who's figured out ways to foster a positive culture within their workplace — encouraging innovation and rewarding hard work. Leaders are experts at managing and understanding people as well as their subject material. This way, they can adjust their management styles to the individual, making employees feel recognized and comfortable and helping them work to their strengths.

A leader will also grant their workers autonomy when necessary and not micromanage. This isn't to mean that they are pushed over by their workforce or are afraid to discipline workers when the situation calls for it. Still, it removes the feeling of a hierarchy and stimulates productive environments.

We've all had one;  a boss who maintains their thin veneer of control by employing scare tactics and machismo. A boss who needs you to complete a task 10 minutes ago despite only asking you for it now. Managing workforces in this way may yield results, but only in the short term. This is where a lot of bosses go wrong. The monthly profits on the Excel spreadsheet blind them to the murmurings of unhappiness and dissatisfaction in the lunchroom.

They fail to see that when their workforce gets burnt out or leaves for another company run by a leader, the costs of replacing them far outweigh the profits of misusing them today.

Leaders Work Alongside Their Employees

Successful leaders value workplace culture and know what it takes to create a healthy one. They lift their employees up and are their biggest supporters.

How can you support an employee if you don't even get to know them?

How can you celebrate the little wins within the workplace if you are unaware of them?

This is how leaders are superior to bosses. They work alongside their employees and are just another valued member of the team united under a common goal. But this doesn't mean leaders should renounce other responsibilities to work the cash register [although being hands-on once in a while is essential]. It reinforces the importance of being involved.

For example, a CEO whose role removes them from the main population of employees should make an effort to engage them during lunch breaks or before work. A leader sends out personalized emails and takes steps to recognize the excellent work of their employees, even if they aren't directly involved.

Bosses Remove Themselves From the Workforce

A boss sees their role as above that of their workforce. They see employees, not people. A leader will always see the people they are working with before they see employees. Maintaining the employee-only viewpoint often causes bosses to distance themselves from their employees. They may never bother to learn the names and interests of those they pay to work and will therefore struggle to earn their respect.

Taking this path enables bosses to be more ruthless in their management, but it is a dead-end. The more often a boss utilizes fear as a means of leadership, the more likely they will brew dissatisfaction and resentment within the workforce — the more resented they are by the workforce, the further they will distance themselves. It isn't sustainable and is a far less efficient way of leading.

If you are in charge of running a business, be a leader, not a boss. A leader can be attributed to being genuine and caring for your workforce before you care for your profits. Don't just take my word for it; a happy and satisfied workforce will yield far greater results than a tired one worked to the bone.

Take the time to listen to your employees. Get to know them. Cheer them on when they do good, and show them right when they do wrong. Don't lead with fear, and never feel you are above them. Lead by example and work as if you are the employee of the month, every month.

Below is a neat infographic courtesy of Volaris that summarizes the differences between a leader and boss perfectly. 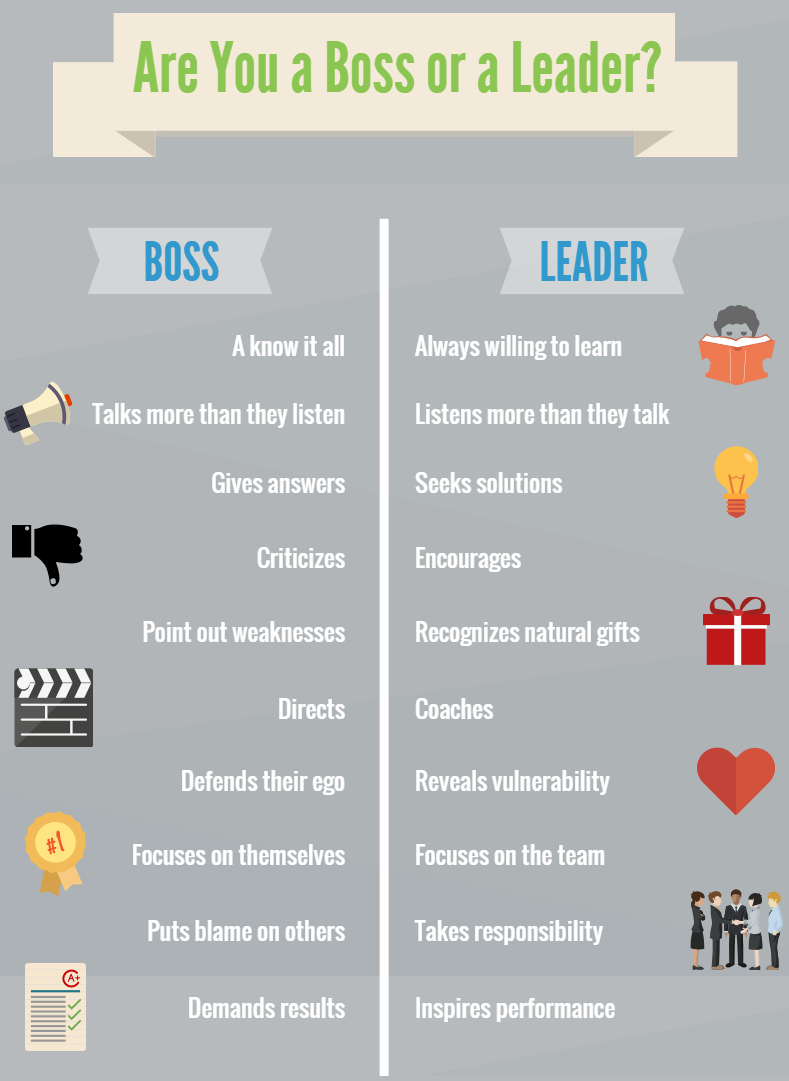 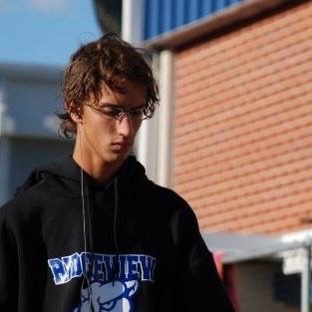 Nicholas Rubright is a digital marketing specialist at Mvix - a company that provides digital signage to improve business communications. Nick has several years of experience writing and loves creating fresh content that is informative and helpful, usually revolving around marketing and business management. In his free time, Nicholas enjoys playing guitar, writing music, and building cool things on the internet.