10 Ways to be Happier at Work 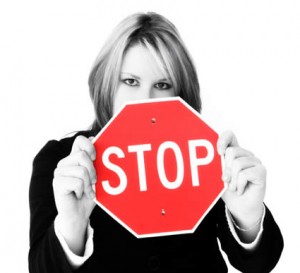 I used to work with a guy who went to Harvard. This fact didn’t hold too much weight with me but everyone in our office knew that he went to Harvard. Because somehow the fact that he…you know, went to Harvard, ended up in every single conversation we ever had.

Jeff Haden wrote a great post for Inc called Be Happier: 10 Things To Stop Doing Right Now and in his article he called out Impressing and Interrupting as two things we should stop doing if we want to be happier at work. Of course, I was immediately able to pair people from my life with each of the ten bad habits. And because of the speed at which I was able to point fingers I’m suddenly feeling quite guilty and a bit self conscious.

My favorite line from his post is, “Criticizing has a brother. His name is Preaching. They share the same father: Judging." The entire post was well written and there are bits of pure genius sprinkled throughout. Below are the ten areas Haden calls out as negatives, things we're all likely guilty of from time to time.

Blaming – Taking responsibility when things go wrong instead of blaming others isn't masochistic, it's empowering.

Interrupting – Want people to like you? Listen to what they say.

Whining – Don't talk about what's wrong. Talk about how you'll make things better, even if that conversation is only with yourself.

Controlling – If you find yourself trying hard to control other people, you've decided that you, your goals, your dreams, or even just your opinions are more important than theirs.

Criticizing – Everyone is different: not better, not worse, just different.

Preaching – When you speak with more finality than foundation, people may hear you but they don't listen.

Dwelling – The past is just training; it doesn't define you.

Fear – Put your fears aside and get started. Do something. Do anything.

Since I liked the advice from this blog post so much I decided to rank the 10 habits based on the ones I personally need to work on the most. I took the top five and created five events on my calendar. Each event has the title and content for that habit. For example, “Fearing” now has an event on my calendar titled “Fearing” with Jeff's content/advice from that habit in the body of the event. Every Monday for the next five weeks a new habit will pop up and I’m going to do my best to take Jeff’s advice that week. I’m thinking that in five weeks I’m going to be an even happier person. Want to join me? 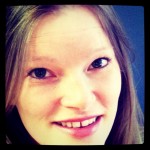 Marisa Keegan is a leadership coach, trainer, and HR consultant for quickly growing organizations who are passionate about strengthening their employees, their brand, and their culture. She has helped lead the HR, culture, and engagement initiatives at two nationally recognized great places to work; Rackspace as Culture Maven and Modea as Talent Manger. She is an author at Fistful of Talent and Culture Fanatics and can be found on Twitter @marisakeeegan. Marisa has her Masters in Industrial Organizational Psychology and currently lives with her husband and twin boys in Richmond, Virginia.