A Healthy Addiction To Delivering WOW 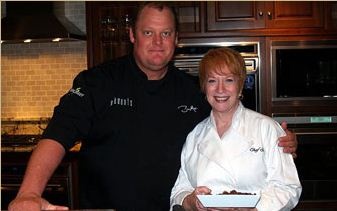 They're brownies that a star Food Network veteran is talking about. Get WOWed by their caramel and the story of the woman who makes it.

If you are Sherrye Chapin, there was a point in your life when you were stressed out in your corporate job because you didn’t feel like you could be yourself. You were chairing the volunteer work committee until you were told to stop doing volunteer work at work. And eventually, when you had had enough of the corporate world, your two grown sons told you it was time to do the thing you really loved. And the thing you really loved was feeding people.

When your boys were younger, you and your husband drove every weekend of the rugby season to West Point to see your oldest son play. So many of the kids didn’t see their parents very often and somehow you found yourself pulling into the stadium parking lot with chili, hot dogs, chips, dips, burgers, sodas, and even crab from Chesapeake Bay to feed what were sometimes 140 starving cadets. You would listen to their stories and promise not to take them past the campfire. And you would give the young men a taste of home. 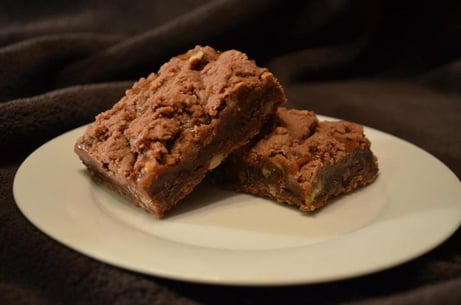 So after your corporate job, you started Sherrye’s Kitchen, your own catering business that featured Caramel Addiction Gourmet Brownies as a side. It was funny, no scary when a former colleague asked you to join a charity event in Phoenix because it meant your brownies would be on the same menu with dishes from the top five chefs in Arizona.

Suddenly, Lee Hillson, the executive chef at T. Cook’s at the Royal Palms in Phoenix (and former Iron Chef America contestant), tasted your brownies and said they were the best @!#@@#! ones he’d ever had. You crossed paths with others in the business -- including Food Network veteran Beau MacMillan -- who love what you're making, and eventually, a radio show was running a weekly taste test for the caramel you decided to start making from scratch.

It takes huge vats to make your caramel and an entire gallon of cream goes into every batch. You use Williams Sonoma pans, with square, not rounded corners. Your spoons are wooden and you refuse to use a mixer. In fact, you don’t use any machinery at all. It’s all about using your hands to press and layer the batter in the pan, to fold in the caramel, and ultimately, to top it all off with some crumbled pieces of chocolate goodness. 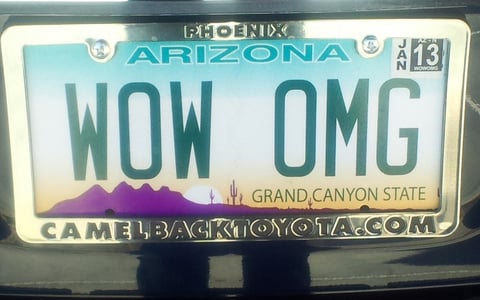 The car that delivers WOW and brownies.

Your husband is your chief packer and delivery man and you simply couldn’t complete the crucial caramel pouring stage without him. You can make 12 dozen brownies in the course of two days during the week so that you can devote the others to paperwork and deliveries. You’re a veteran and you possess the strategic know-how to plan for orders that range from the typical one dozen to the more challenging ten.

You are a firm believer that happiness is a choice and not a place you arrive at. You believe that what you give you get back 1000 times over, whether you're collecting money for St. Jude’s at age 12 or  running marathons to raise money for leukemia research as an adult.

The desire to give runs so strongly through your veins that you don’t think twice about donating dozens of brownies to various charities like the Phoenix Children’s Hospital or CCAP and its scholarship program for culinary school.  In fact, you imagine that you probably give away a great deal more than an entrepreneur and businesswoman should.

At the end of the day, if you are Sherrye Chapin, you relish the look on peoples’ faces when they take the first bite of your brownies. You tell yourself you’ve never been happier. And you let your sons know it’s a good thing they’re marrying women you like because otherwise, they’d never get their hands on your recipe.