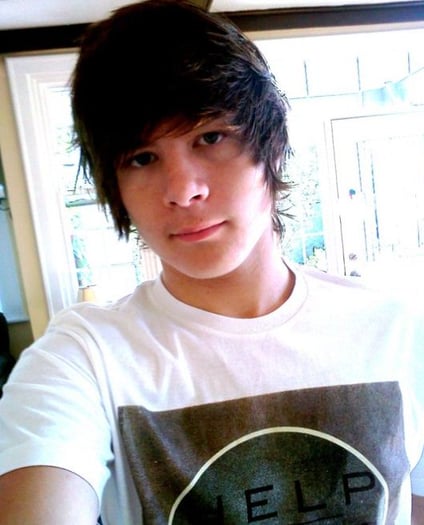 As CEO of Bedeceived.com, Collin Stover is on a mission to deliver happiness to the world through magic. He wants to give people an unforgettable experience. He’s 17.

“American society,” he says, “is generally nervous. People don’t walk up to strangers and say hello. They just keep to themselves.” He thinks magic is a way of connecting with people.

Collin started working at the age of 12, in a landscaping job that taught him how to talk to people and the value of being punctual. His first exposure to magic was through his stepdad, who performed parlor magic to entertain rooms of people. Collin picked it up for a bit but only took to serious practicing when he wanted to impress a girl who had fallen for a hockey player. He didn’t get her, he says, but that doesn’t matter much now. He’s found his passion. 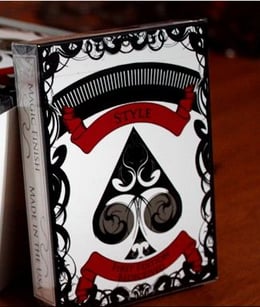 After developing his own “effects” or tricks, he began exploring the online magic scene and submitted some of his work to various companies who package the “method” --what’s going on behind the scenes – as downloadable content. Most never bothered to respond. The one that did, Collin says, told him they didn’t want what he had to offer.

So Collin started thinking about what a magic company should be. If someone had told him why his effect wasn’t good enough, he would have had a better understanding of what he needed to improve. As an independent guy who likes to problem solve and create things, he started doing homework, reading business books on running a business. Eventually, he found Delivering Happiness. It made sense to him. 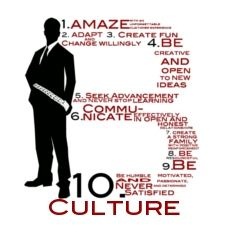 Bedeceived.com is driven by its core values. He believes they’re an indicator of what you stand for and a reminder of where you should be because “quite often as humans, we get lost from our own ways.” There are 10 core values at Bedeceived.com and Collin and his team of five employees sometimes compete to see who can recite them the fastest. Collin holds the record at 12.6 seconds.

He works on the company’s culture by holding regular team meetings and making sure all new hires read the “Fun Book” which uses activities to put a fun spin on employee training; it comes with glasses to emphasize the Bedeceived vision. He works hard at keeping culture a main focus in a virtual company and maintaining an emphasis on showmanship.

The problem with a lot of companies is that their magic is only good for the camera. It’s the type of magic that’s simply meant to fool other magicians. The set-ups are long, sometimes hours, and the magic isn’t practical for the person who wants to perform on the streets. “The more complicated the magic is,” Collin says, “the more it’s about you.”

Good magic, according to Collin, means good angles, where there’s a full front view of the effect. The set-up must be simple and ideally, you don’t need a gimmick. It’s better when you can perform impromptu. The key to any good performance is to make it your own, to be confident, and to get others involved. Can someone in the audience, for example, hold a card for the effect?

“It’s never about me,” Collin notes. “It’s about giving somebody a reaction and hearing that I made their day. Magic brings out the child in everyone. As you get older, you lose the sense of wonder and adventure. If you can allow yourself to enjoy magic, it’s an escape. It can bring out your imagination and the sense that anything is possible.”

One of Collin’s favorite effects took place in his high school cafeteria where he drew a picture of a pipe on his hand, placed it to his lips, and then amazed his audience by somehow blowing puffs of smoke from his mouth. The whole room erupted and Collin, despite earning a sizable reprimand, felt good about making the kids happy.

Ultimately, what matters most to Collin is making a difference with magic. “Did I share something you didn’t know before? Did I have an impact? If people let me brighten their day,” he says, “then both of us will have a better day.”