Delivering Happiness presents Culture Champion Radio in conjunction with the Greater Good Science Center at UC Berkeley [and hosted by our very own Sultan of Content, Brad Wolfe].

Culture Champion: Someone making a remarkable impact on their particular culture [organization, affiliation, group, or society at large].

How do you intentionally design a sustainable WOW culture in your organization and beyond? Who are the practitioners, intrapreneurs, thought leaders, and culture designers at the fore of this shift?  Who is responsible for positively shaping culture across the globe?

By instituting a mindfulness meditation program at your organization, you can dramatically reduce employee stress while simultaneously improving productivity. But  how do you design and execute a program that will be sustainable and integrate well within your organizational culture?

On Culture Champion Radio, Episode 2, we talk to Golbie Kamarei, creator of one of the most successful mindfulness meditation programs in business today. Despite working in an industry centered around data and rationality, Kamarei has brought mindfulness and meditation to Wall Street. She has successfully delivered meditation training and resources to over 1300 employees in 17 countries at BlackRock--the world's largest asset manager--and is a featured speaker at Wisdom 2.0.

In this episode, not only does she provide amazing tips on how to start a meditation program in your own organization, but at the end of the interview, she actually leads us in one of her now famous guided meditations!

Tune in with your host, Delivering Happiness' Culture Architect, Brad Wolfe, and learn how to bring your awareness to what really matters at work.

Culture Champion Radio is produced in partnership with the Greater Good Science Center at UC Berkeley. Read more about the science behind this podcast in "5 Steps for Launching a Meditation Program at Work."

What is Culture Champion Radio?

Culture Champion Radio is a podcast series produced by Delivering Happiness and hosted by our Sultan of Content, Brad Wolfe, in which we learn from the world’s foremost culture builders with the aim of inspiring other Culture Champions worldwide.

Through fun and interesting conversation, Culture Champion Radio intends to elevate trailblazing culture leaders and the organizations they’ve affected to inspire a shift in the way companies think about the dynamics of positive interaction, happiness, productivity, and success.

Who are Culture Champions? 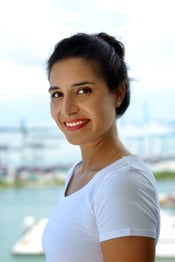 Golbie Kamarei is the Global Program Manager for BlackRock's Global Client and Sales Excellence Program. BlackRock is the world’s largest asset manager with $4.8 trillion assets under management and over 12,000 employees in 30 countries. Her responsibilities include developing and implementing sales talent management strategies and programs for BlackRock's global institutional and retail client businesses.

In April 2013, Golbie founded the BlackRock Meditation Program, which offers mindfulness and meditation training and resources to 1400 employees in 17 countries. Twice a week, Golbie leads employees in guided meditations with a focus on applying self-management skills in a high-performance work environment. She has led guided meditations and workshops at multinational firms as well as at the U.S. House of Representatives. She was a featured speaker at the 'Wisdom 2.0' Conference and her talks are available online. 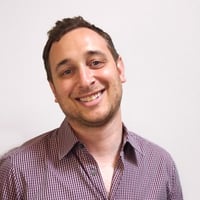 Brad Wolfe is the Sultan of Content at Delivering Happiness, and a contributing writer to the Greater Good Science Center.

Brad Wolfe is passionate about using insights from the fields of positive psychology and creativity to drive change and spur innovation in organizations. Brad graduated with an M.A. in Organizational Behavior from Stanford University and received his M.B.A. from Haas School of Business at UC Berkeley, where he has served as coach/lecturer on the topics of creativity and innovation. As the Sultan of Content for Delivering Happiness, Brad drives thought leadership, leads the development process for all workshops and consulting materials, and hosts the original podcast Culture Champion Radio.

About the Greater Good Science Center

The Greater Good Science Center at UC Berkeley studies the psychology, sociology, and neuroscience of well-being, and teaches skills that foster a thriving, resilient, and compassionate society.

Not only do they sponsor groundbreaking scientific research into social and emotional well-being, they help people apply this research to their personal and professional lives. Since 2001, they have been at the fore of a new scientific movement to explore the roots of happy and compassionate individuals, strong social bonds, and altruistic behavior—the science of a meaningful life. And as an academic center they have been without peer in their award-winning efforts to translate and disseminate this science to the public.