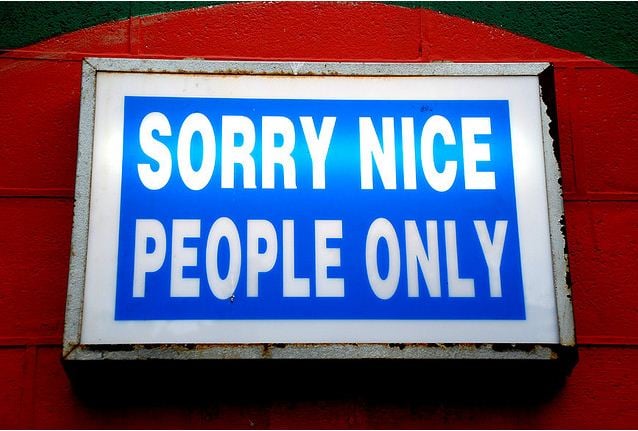 Delivering Happiness guest blogger Nic Marks is an expert in the field of well being research, the founder of the Centre for Well Being, and a fellow for the New Economics Foundation. Nic is also the author of The Happiness Manifesto and helped create 5 Ways to Well Being. You can view Nic's TEDx talk about the Happy Planet Index.

Now I am a big fan of being nice so I don’t want to believe this to be true. However this paper did present evidence that people who score lower on the personality trait of ‘agreeableness’ do actually end up earning more than people who have high levels of agreeableness – nice people, to you and me. In fact they reckoned that nice men earned about $7,000 less than their not-so-nice colleagues (or, in reality, bosses!).

For women, it was lower ($2,000,) and the relationship was slightly less clear not least because the gender gap in pay is an even bigger factor – in other words whether a woman scored low or high on nice-ness was less significant than her being a woman in the first place. Of course this gender pay gap is well known but it means that the two groups of people I like best – women and nice men are both less successful financially than the group I can’t stand – not-nice men! (I don’t like not-nice women, too, but I seem to come across fewer of them!)

But is this evidence of nice people not succeeding or instead is it evidence that organisations have it all wrong who they promote and pay more? I am inclined to think it is the latter and for two reasons.

Firstly it is well known that men tend to be more assertive than women (and indeed not-so-nice men even more so) and thereby they self-promote more. Maybe business leaders will argue that being nice is all well and good but they have to deliver profits for shareholders and being nice to each other isn’t going to do it so forget it.

But here I think the second reason is critical. In following this model of promoting mainly assertive not-so-nice people, organisations are suffering from what psychologists call a ‘focusing error’. They are focusing on the achievements of the individual rather than the group. There are very likely to be ‘negative externalities’ exuding from the not-so-nice assertive types – basically they alienate those around them and undermine other people’s performances. So if instead of the ‘unit of measurement’ for performance being the individual, it was the team, then suddenly the nicer qualities of co-operation, helpfulness and simply caring about others would become more valued.

At the moment nice guys and gals do seem to come in second but that in my opinion is due to a short-sightedness. This short-sightedness is probably resulting in sub-optimal organisational performances and I would suggest a whole culture of business that is insensitive to the pressing societal issues.  So let’s systematically promote more nice-ness and bring on more Mr. Nice Guys (and Ms. Nice Gals).