Finding Happiness Through Service, Part I 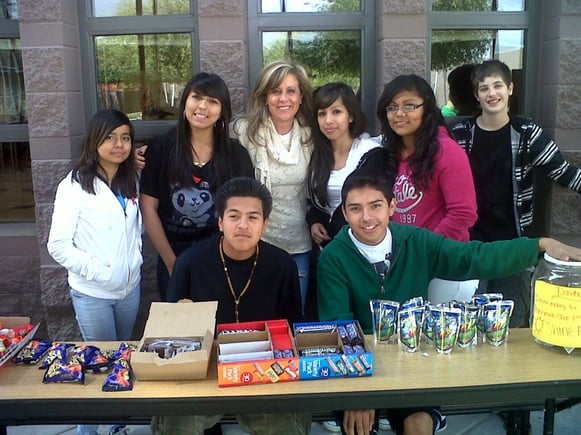 From orphanages to Wall Street. From Colin Powell to middle school. It's her journey of service.

As a former Vice President at America’s Promise Alliance, an organization founded for General Colin Powell and led by his wife, Alma, Elaine Leibsohn knows something about creative initiatives that improve outcomes for young people. She has conducted service-learning training for teachers all over the country and currently works to create and implement local, national, and global youth strategies.

A few years ago, Elaine helped create “Succeeds Through Service,” a national program that is part of the Ritz Carlton’s Community Footprints Initiative. The program partners all U.S. Ritz Carlton hotels with middle schools that have at least 40% of the students receiving federally subsidized lunch. Supai Middle School is one of these schools. It is located in Scottsdale, Arizona, and it’s where Elaine spends part of her time volunteering.

Elaine may navigate a national stage but embraces a philosophy of service that’s grounded in the simple, the small stuff that she believes can change the world. She possesses an authenticity and goodness that will bring a tear to your eye and make you re-think what it means to be selfless. 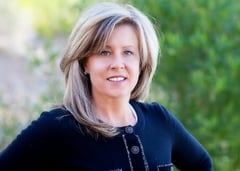 "Writing a check to make a donation can be part of service,” says Elaine, “but service means more than that. It can be saying a kind word to another person.  It can be asking a question or telling someone the tag on their shirt is hanging out. It's about noticing someone else. You can change a whole person's everything with service."

There is a story behind Elaine’s interest in helping others. Hers is a journey of growing up the only biological child in a family of fourteen adopted brothers and sisters. She is the girl who, as a child, accompanied her parents in their volunteer work with orphanages. When she says, “I was exposed to a lot,” it most certainly feels like an understatement.

Elaine will also say that in such a big family, it was sometimes difficult to feel important. Early in her professional life, she decided to chase the importance with a career on Wall Street and ultimately, it made her miserable. She began to re-think her higher purpose and gained a new appreciation for her parents’ efforts to better the lives of others.

She headed down a new path that involved working with a Boys & Girls Club in Washington D.C., situated in a housing project, one mile from the White House. She discovered that some kids didn't know how to peel oranges because they'd never seen one. She would ask her girlfriends to clean out their drawers so she could give the kids shampoo, soap, and other essentials. There were little girls like Rosa, a five-year-old with a father in jail and an addict for a mother, who helped Elaine recognize the importance of service in her life.

One Hour Per Week Could Shift a Paradigm

Elaine thinks if we all helped one child for one hour every week, we would completely change this country's paradigm for the well-being of youth. “It's about working on dreams,” she says. "Kids have really good ideas, it's just that nobody is asking for them." She’ll tell you that she doesn’t understand why the people making policy for education typically don’t work in the classroom. It’s why you’ll find her at Supai Middle School every other week. 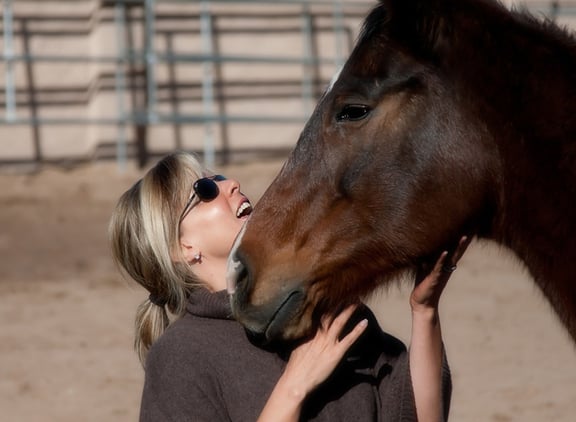 At Supai, Elaine asked to work with the students who were at risk in achieving academic success but showed signs of great potential. She began her semester-long service learning class by helping the kids brainstorm and implement a project to combat animal cruelty. The class’ work centers on wild horses and two non-profit organizations. It hits home with Elaine as she grew up riding. “Horses have integrity,” she says. “They’ll tell you how you make them feel.”

What Service Can Teach Us

Elaine instills the kids with the belief that they can deliver happiness and make a difference by giving their time and energy to others. She uses service to teach relationships, to let go of ego and fear. Supai principal Sheryl Rendor knows Elaine has been an integral part of a remarkable positive shift in the environment and curriculum at the school. “The kids see themselves differently now,” says Sheryl.

“For me, it’s about school, work, country, and culture,” says Elaine. “We must help each other without an agenda if we’re going to move forward."