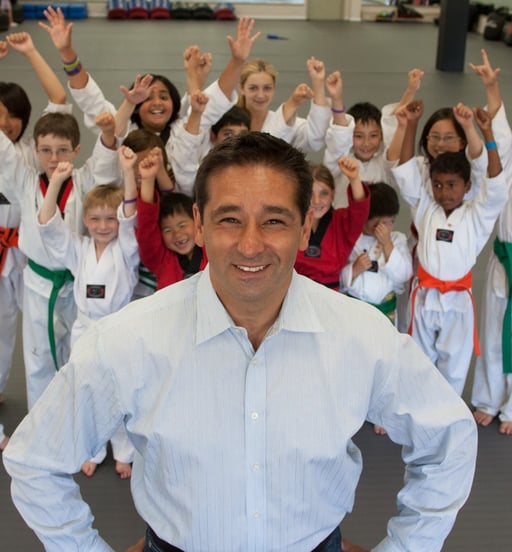 Twenty years ago, Grand Master Herb Perez, now 52, won the U.S. gold medal for Taekwondo. But if you ask him about being the best in the world, he’ll tell you anyone could have won that day.

He knows it might not make sense, not at first anyway. So he explains that of course he still remembers that very special moment and the feeling that comes from knowing all the years of so many sacrifices had been worth it. 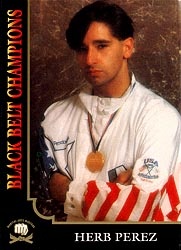 But there is a reason the medal and his far-reaching athletic and professional achievements don’t define him.  Quite simply, success to Perez means being a “complete man.” One, as Plato wrote, who builds himself through physical abilities, the arts, and intellect.

When he was 9, living in New York with his free-spirited mother, Perez wore his hair long and sported a homemade wardrobe that included Coca-Cola pants and a matching vest. He figured the other kids knew he looked different and that he’d better run, not walk, around town.

It was the running that eventually took him past a studio for Taekwondo, the sport of choice for his favorite character in the book, Son of the Flying Tiger. The instructor said he was too short, not flexible; his hair wasn’t right. But Perez returned the following day, paper route money in hand, eager to learn how to defend himself.

His first fight? A loss. His second? A win. There were more after that. And soon, it became apparent that he had the desire and the work ethic and the skills to go far.

There was another life, though. The one where Perez bought himself a guitar and a case, paying $7 for weekly music lessons along with the $4 he needed for Taekwondo. It was Lou Reed and Loggins & Messina that he liked. Spyro Gyra, too. By 15, he was going into New York City, then, at 17, playing nightclubs along the Jersey coast. He was in circles with Twisted Sister and Deep Purple. And it was about the time when Bon Jovi was getting big.

His music took him to William Paterson where he studied jazz guitar and became the Taekwondo Collegiate National Champ from ‘83-‘85. A degree in Philosophy paved his trail to Rutgers, where he led yet another life studying the law and earning his Juris Doctorate. 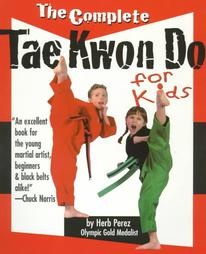 What Perez, now working on his eighth degree black belt, has always liked about competing is that he can control his success. He can affect someone else. Be smarter. Be more strategic. The physicality of it, the visceral bent of it, yes, it feels good. But it’s also about the shaping of his intellect along the way.

What Taekwondo has given him is the ability to look at something, at anything, and “discern what it means to be good at it.” Every goal breaks down into its key components. Every component becomes the smallest of steps. “It’s about the art of refining something to a standard,” he says.

If you’re one of his 1100 students at his Gold Medal studios, you know what his standard is. It’s reinforced by bracelets, patches, posters, and talks that begin with Perez calling out, “Come close!” It is a message that he may deliver through one of his many funny faces or with his very playful yet, at times, demanding voice. It is the standard of being your best self.

He lives this standard.  Athlete. Educator. Musician. Family man. Businessman. City councilman. Captain of national teams. Coach of world-class athletes. He’s helped further the development of his sport in Asia. He’s created a production company for training videos. For fun, he’d dabbled in movies and television. And it just seems fitting that the world of Taekwondo has awarded him his own action figure.

But ask him about what his most important work outside of fatherhood is, and he’ll say, “It’s about being a good teacher. If you can empower people not to feel physically intimidated, then they won’t feel mentally intimidated. And then,” Perez says, “they can probably do anything.”

He sees teaching people – helping them find that sense of you can -- as bringing a value to the world that transcends the activity itself. For this complete man, that’s happiness.