Riding The Long Road To Happiness 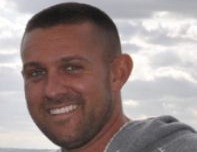 A 3,000 mile ride takes Casey Miller down the road to happiness.

Ultimately, Casey Miller wanted to know how to live a meaningful life. It was a question he had tried to avoid answering for many years. He had been the Vice President of a Latin American waste-to-energy company. He had a really nice apartment. He had traveled. And he carried two master's degrees from Harvard. But he didn't feel good at all.

So he left his company, moving to San Francisco for someone who later decided to end their relationship atop the Eiffel Tower. It was suddenly hard to find work and it was more difficult than ever to be happy. This wasn’t the course he wanted to take.

Casey began to strike up casual conversations with people he'd meet around town, asking what gave them purpose. The dialogue would often turn personal, revealing a vulnerability that Casey thought, in his role of interviewer, it only fair to embrace himself. He decided to take a risk and do something he had never enjoyed as a child: ride his bike.

It was cooler in the north during late summer and at 50 to 80 miles per day, he figured he could make the 3,000 mile trek from Portland, Oregon, to Cambridge, Massachusetts, in roughly three months. He hadn't trained and he didn't have much of a plan. He just wanted to do it, to channel the depression and the confusion into something that would push him away from the comfortable life he had known and into one that made sense.

He packed a pair of jeans, five shirts, and two pair of shorts. There was a laptop, a phone, a camera, a tent, and a sleeping bag strapped to his bike which would, by trip's end, bring him 31 flat tires. 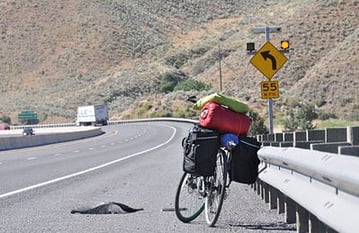 There were many days when he was physically beaten. He recalls the journey through South Dakota being especially tough, with few trees to block a relentless wind. Three weeks into the trip, he found himself waking up one morning with the thought: today is going to be shitty.

But his ordinary world would often become miraculous at just the right time. His spirit would open up, he says, forcing him to be present for the little things, like the grasshoppers that suddenly burst into song while he pedaled by.

There was a wicked downpour one day, when he was almost certain he would quit. This. Is. Stupid. The meteorological convention in town forced him to abandon any thoughts of trading in his tent for a chance at a hotel room. It was his luck to be invited to the house of a man and his wife who lived frugally in the woods. And it was to his pleasant surprise that their evening conversation addressed the convergence of physics and theology. 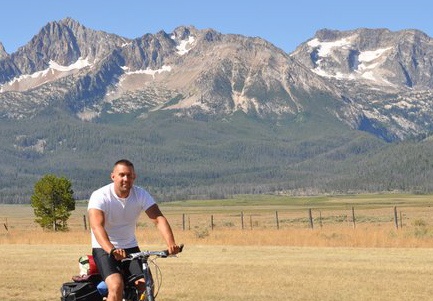 There was also the woman who pulled up alongside of Casey one afternoon, in a van that also served as a workspace and home. Casey had fallen behind in his schedule and was going to miss meeting up with a friend. Somehow, they shoved his stuff in the back of the vehicle. She wasn't really going in the right direction for him, so she called her husband, who ended up driving 100 miles to take Casey where he needed to go.

By the time his trek was finished, Casey had talked to hundreds of people. He had found an unexpected generosity and openness in those he met. And he had discovered a thread of characteristics, 6.5 of them as he’s detailing in a book, that were repeated in the stories he heard on living with meaning. He hadn't known it at the beginning, but his trip would prompt him to take off in a new direction. 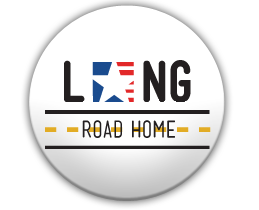 healing power of the road and overcome the personal challenges that served as their impetus for joining the Project. The trip will include visits to military bases and veterans' organizations and an exploration of what the country can do to best serve our troops as they come home.

It seems like a most meaningful road to take.