The Winkey of Delivering Happiness: How an Idea Evolved into a Brand

Wherever there's Delivering Happiness, there's Winkey, our ambassador for happiness. Just how did Winkey become Winkey? See what our Chief Happiness Officer, Jenn Lim, and our Chief Pixelator, Fadhly Bey, say about introducing our iconic wink and smile to the world. 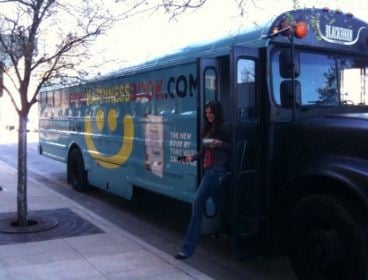 What inspired Winkey?
(Jenn) Actually, Winkey wasn’t winking the first time we created him. When we first launched Delivering Happiness (the book), we had rented an old school bus to drive it around Austin to hand out books and give rides to happy people at SXSW. Ten days before the conference was going to start, we needed a design for the bus wrap. Putting up the book cover just didn’t feel as “happy” as the bus could be, so we added a simple version of a happy face. That was the first "official" version of Winkey, essentially one of the original members of DH and now our go-to guy to represent DH and what our mission is all about.

How did Winkey evolve?
(Fadh) First I started playing with visuals that used icons for both "delivering" and "happiness." I played with arrows and gifts being delivered by little aliens and even by a balloon. Had some concepts of an arrow in the D and a smile in the H. There were hands, postmen, little figures delivering a smile. 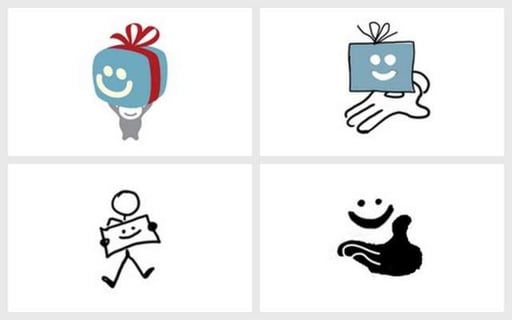 In the end what people were most drawn to was Winkey himself. We adjusted the smile so much. With it too big, it looked more like an evil grin; too small, it wasn't happy enough. Should it go to narrow ends with a wide middle or wide ends with narrow middle? It ended up being a more subtle change in width of the mouth with wider end to emphasize the smile. We adjusted the ends of the mouth, till the full round seemed the friendliest.

Then there were the eyes. Too high made him look surprised.  The winking eye couldn't be too thin or it wasn't seen as a closed eye. 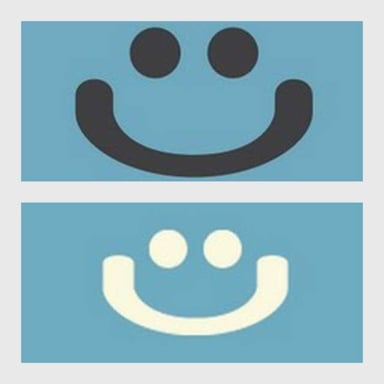 (Jenn) At one point, instead of using the traditional smiley face at the front of the bus, we thought it’d be funny to put a mustache or pirate’s patch on his eye, as if someone put graffiti on it.The designs weren't quite working for us but when Fadh put the wink instead, we fell in insta-love with it. Our compadre Winkey was born!

How is Winkey helping Delivering Happiness nudge the world to a happier place?
(Fadh) Winkey to us is like the swoosh to Nike; everybody has certain feelings when they see the swoosh. We want people to associate Winkey with the act of delivering happiness.

(Jenn) We never could've predicted how people started to respond to Winkey everywhere we went. During our bus tour, people would sometimes ask for a Winkey sign over asking for a book (but most of the time, they were happiest when we gave them both:). As we traveled the country, people started asking us for t-shirts with Winkey’s iconic smile or signs to put up in their office, even our business cards as a reminder that we can all deliver happiness in our lives. 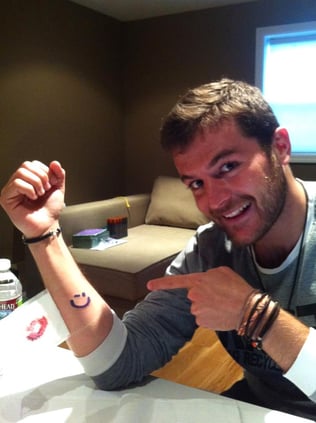 Once Winkey started traveling around the world, we realized that it was becoming a symbol that could represent happiness in three simple strokes, in a universal way.

And now, Winkey has become a reminder to the DH Team and our global community of what happiness could mean to all of us. 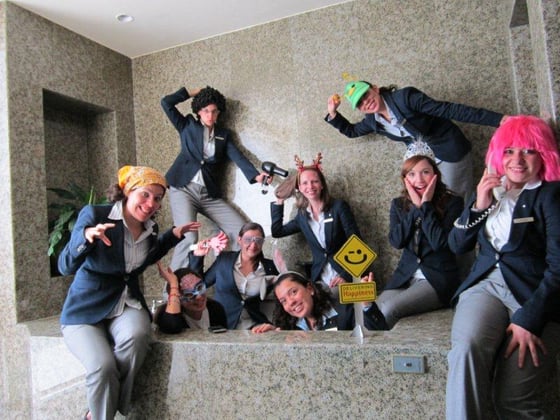 Research shows humans are superbad at predicting long-term sustainable happiness but we now know -- through science and positive psychology –- happiness is 50% within our control. Through the actions we take, we can actually buck the trend of unhappiness in the world.
Not everyone knows about this research, but DH is changing that (DH is already represented in 105 countries since the book came out – that’s over 50% of the world’s countries!).

Winkey embodies what we do every day –- with a wink and a smile, we can all deliver happiness and create a happier world, one action at a time. 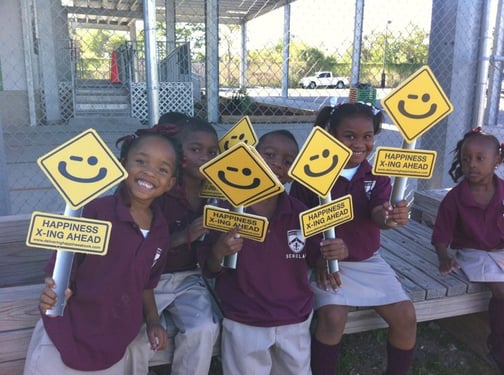