It's hard to resist the urge to hire someone who is known as having a difficult personality when they have the exact skills your company needs but hiring someone like this could have pretty strong negative implications for your organization.

- People with bad personalities are often unaware of the dram they are creating and leaving in their wake.

- Having someone like this on your team can quickly erode morale.

- People are less likely to come up with creative solutions if they feel like they might be judged by the jerk.

I recently overheard the following conversation at one of our local coffee shops.

“So, why aren’t you getting any more users?”

“I don’t know. There’s a place for it [in the market]. It’s slick. No one knows about

“You need a better marketing guy. I know a guy in Atlanta you could talk to. He’s

awesome, but he’s a total jerk.”

I bet you money that this guy not only called the jerk from Atlanta, but he probably hired him. Desperate times call for desperate measures. When your skin is being stripped away by what feels like a modern day quartering, anyone who shows up with the balm is welcomed, fed, and propped up by the fire.

I promise that you’ll live to regret it. No matter how good they are, there are unseen consequences that last well beyond the short-term benefits.

Here are three reasons why you should never hire a jerk:

They are time sucks. I refer to this phenomenon as the Pigpen Effect. We all know Pigpen from The Peanuts cartoon. He kicks up dust wherever he goes, oblivious to his wake, and leaving sufferers to clean up the mess. In the same way, jerks at work are often clueless to the drama they’re creating. After they move on from the drama they’ve created, others have to repair the damage and soothe hurt feelings, getting very little real work done.

They erode what’s good in an organization. Everything you’ve done to build morale can be instantly undone with an eye roll or backhanded compliment. Some remarkable research, born out of the mathematical modeling of group behavior, was able to pinpoint how positivity and negativity work together to tip us either toward flourishing or floundering.

Marcial Losada, a Chilean psychologist and business consultant, discovered a 3:1 tipping point of positive to negative interactions necessary for teams to flourish. Behind a one-way mirror, Losada evaluated teammates’ statements as either 1) positive or negative, 2) self-focused or other-focused, and 3) based on inquiry (asking questions) or advocacy (defending a point of view). Not surprisingly, he found that high performing teams (based on measures of profitability, customer satisfaction ratings, and evaluations by peers, supervisors, and subordinates) spiraled to a positive to negative ratio of about 6:1. By contrast, mixed-performance teams hovered just above 2:1, and low performing teams fell below 1:1. Through some statistical wizardry, Losada was able to accurately predict how well a team would fare on future projects, bounce back from adversity, and remain connected as a team. Losada’s equation demonstrates the indispensability of positive interactions, asking questions, and focusing outward. Jerks tip the scale toward negativity and erode the very foundation of what an organization needs in order to thrive—trust.

They are creativity sucks. Tolerance of their aggressive personalities makes everyone walk on eggshells, dissuading direct communication and teaching your employees that you’re a pushover. More importantly, when there is no predictability in your environment, stress is heightened and the natural fear response kicks in. At that point, all your unnecessary functions—like creativity, judgment, and critical thinking—are sidelined for an expedient get-away. After you manage to escape your predator, you can get back to innovating.

The trade-off is not worth it. What you might gain in fastidious attention to detail and unrelenting work ethic, you pay for in inefficiency, insomnious anxiety, and bad moods. 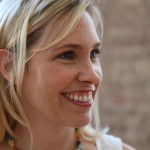 Dr. Shelley Prevost is the Director of Happiness and resident cultural engineer at Lamp Post Group, a Venture Capital Incubator. There she guides founders to infuse values, meaning, and positive relationships into their company culture from the very beginning. When she’s not directing happiness at Lamp Post, she can be found writing about happiness for Nooga.com, hanging with friends, and drinking wine—lots of it. Shelley lives in Chattanooga, TN with her husband, Chad, and three children—Eliah, Lucas, and Lennyn. Follow her on Twitter @thegladlab.