Virtuousness as a Source of Thriving in Organizations

Virtuousness as a Source of Thriving in Organizations 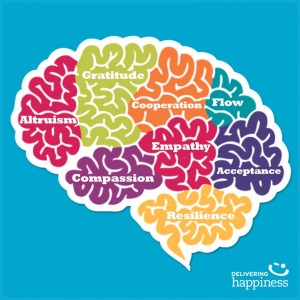 Virtuousness is not simply following rules and regulations laid out in ethics courses. Ethics courses, while beneficial, are typically concerned with avoiding harm and preventing damage. Virtuousness extends far beyond prevention and promotes organizational excellence and the growth and development of employees. It’s not about mitigating harm; it’s about fulfilling your company’s mission. It’s about doing the right thing.

Virtuousness can be defined as the thoughts and actions employees take that are good for their own sake [Cameron & Caza, 2013]. Acting generously for the sake of being generous is virtuous, but ceases to be so if one’s intention is to get a favor in return. Virtuous actions promote the best of an organization and its mission. They lead to an organizational and social good. Virtuousness is parallel to excellence and is achieved by doing the right thing. For organizations, doing the right thing means fulfilling the mission.

How to cultivate virtuousness in organizations:

There is a growing body of literature exploring ways to foster virtuousness in organizations. The following list is not exhaustive, but serves as a good starting point with three simple and effective practices to promote a virtuous culture in your organization.

1.) Be virtuous: Virtuousness has an orbiting effect. This means that virtuousness is contagious. When one employee acts virtuously, other employees are often influenced by his/her actions, making other employees more likely to act virtuously themselves. Individuals have an innate predisposition towards the positive, and by role modeling virtuous behavior, employees will co-create a virtuous culture.

2.) Communicate a clear mission and vision: To act virtuously at work, employees must know the purpose of their profession and how their role is integrated into the organizational fabric. Having a clear understanding of the organization’s mission and vision will provide greater clarity to how an employee’s actions contribute towards a social and organizational good. In order to do the right thing, employees need to know and foresee the desired outcome. They need to know what the right thing to do is.

3.) Consider what ends incentives are incentivizing: Incentives often produce beneficial and measurable results. However, incentives can also have a shadow side. Research suggests that incentives can lead to harm when they undermine employees’ intrinsic motivation to do the right thing [Schwartz and Sharpe, 2006] . External incentives, such as financial incentives, can shift employees’ motivation away from the internal ends of the profession. To create a culture of virtuousness, it is important to carefully consider what actions are incentivized and to construct creative incentives that foster a commitment to fulfilling an organization’s mission. 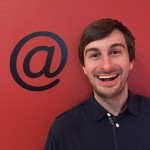 Danny Torrance is a social worker in a growing non-profit organization in Philadelphia and is a candidate for a Master of Applied Positive Psychology at the University of Pennsylvania. As a social worker, he is passionate about helping individuals become more resilient, yet is eager use his MAPP degree to promote well-being in an organizational context. Specifically, his interests are in employee engagement, meaning, virtue, and generally, the idea of flourishing at work. When he’s not at his day job or working on papers at night, you’ll likely find him drinking coffee in a café, reading in a park, or if he’s lucky, out surfing with friends. Danny is fascinated with the intersection of positive psychology and business and believes that business can be a powerful force for good, both for the professional and the consumer alike