Why Miss Arizona Is Not About Swimsuits And Beauty 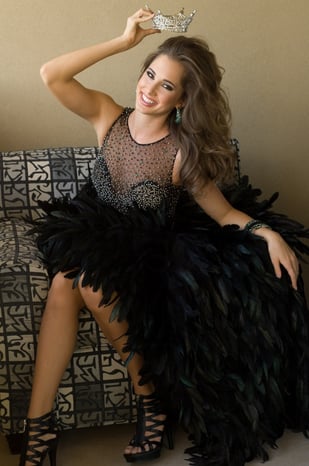 For Jennifer Sedler, Miss Arizona 2011, wearing a crown means knowing the happiness of serving others.

Jennifer Sedler will tell you that the experience of being Miss Arizona has expedited her timeline for knowing herself. “When I was younger, I wanted everyone’s approval, like most kids do. But what I discovered is the best way to win approval is to approve of yourself. Finding your self-assurance, a light that you can share and inspire others with is what’s important. As long as I know who I am, I can inspire others.”

Jennifer is a fifth generation Arizonian who grew up dancing competitively and never imagined being Miss Arizona, let alone being the 3rd runner-up in the 2012 Miss America pageant. Up until two years ago, her perception of the pageant circuit was informed by “Toddlers & Tiaras,” the television show that puts a spotlight on the often bizarre behavior of stage parents who “encourage” their children to pursue success.

A Different Take On The Competition

The director of her dance studio encouraged Jennifer to see the pageant competition differently. The Miss America organization, she told Jennifer, is the largest source of scholarships for women in the country. There would be the opportunity to earn money for college based on her leadership skills and talent.

It's Not About Swimsuits And Evening Gowns

With the hope of being a future pediatric oncologist, Jennifer elected to enter her first pageant at age 18. She was a late-comer, and it was with surprise that she won 2nd runner-up for the local title of Miss Tempe. But what her first and subsequent successes brought her was an understanding that this new world was not really about swimsuits and evening gowns and beauty.

When you ask her now, at age 20, what it’s all about, Jennifer talks about leadership, scholarship, service, and delivering happiness to the community. “The crown on your head really means wearing a servant’s gloves,” she says. 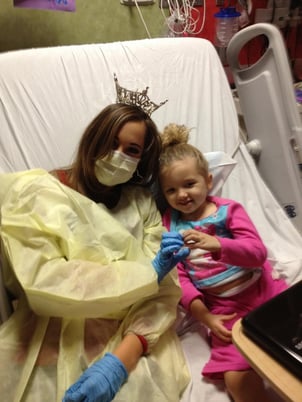 The position of Miss Arizona is one she sees as a privilege and she carries herself as she thinks any elected official should – by being mindful that she is always serving the public.

Among the many causes she lends support to is HopeKids, an organization that holds events and activities for children with life-threatening illnesses. It is an integral part of her current platform and a relationship that actually started with a fundraiser she spearheaded as student body president in high school.

What HopeKids means to Jennifer can be captured in the story she recalls of a little girl. The little girl stands on the sidelines at the high school football games which Jennifer and the rest of her cheerleading squad attend. The little girl’s cousin is on the team and she is a big fan.

Jennifer watches for her; she loves her enthusiasm and decides to make her a hair bow. And so it is with heartbreak that she sees the little girl on the field with the other HopeKids families the night that the presentation of the fundraiser donation check takes place.

“Whatever barriers she had,” says Jennifer, “were not from lack of motivation, from lack of wanting or desire, but from something she had no control over: her health. If I could make a hair bow, I could also organize a cheer clinic for the kids, and a surprise birthday party. And then I could join in the effort to organize movie events and building clubs for the foundation, too.”

There is no typical day as Miss Arizona and Jennifer has approached her position with an entrepreneur’s resourcefulness and sensibility. She works without a manager or booking agent which means she fields the emails and phones calls she receives, finds her own sponsorships, arranges the details for events she wants to be involved with. Networking is one of her top priorities.

Jennifer runs her own Facebook page and does her own tweeting. Once every two weeks, she sends out her newsletter. A busy month might entail 30 – 35 engagements which see her traversing a varied landscape --  a coin drive, a pancake breakfast, the opera, a public speaking seminar for teens, an arthritis fundraiser, a Phoenix Children’s Hospital visit, or a private movie screening for HopeKids. She may be emceeing a local pageant, reading to middle schoolers, handing out roses to nurses, or planning an event for the Children’s Miracle Network.

The business of serving others keeps her busy. It is something she plans to continue doing even after her tenure as Miss Arizona ends in June and she returns to school at the University of Arizona.

“Do everything you do for a greater purpose than the action itself,” she tells me. “That’s creating happiness.”