Wisdom for a Happy Life: Age Really is Just a Number, Part 3

This is the third and final post in a series in which I present people whose age defy their incredible talents. I've already presented three such individuals in the first post and three more in the second.

Below are the last three people I came across in my research for this series. I hope all nine individuals inspire you to find your true passion, no matter how young or old you are. After all, age really is just a number. 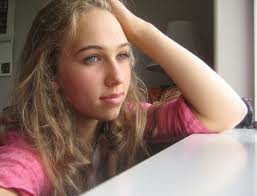 Although many kids create art at a very young age, few do it with the skill of a professional artist. Akiane Kramarik (born July 9, 1994, in Mount Morris, IL) started drawing at four years of age before taking up painting at age six. Her paintings combine elements of the imaginary with the realistic, a style she likes to call “Akianism.”

The works of this brilliant artist, which can be viewed at her website, have sold for hundreds, thousands, and even millions of dollars and received kudos from numerous people, including celebrities like Oprah Winfrey and Josh Groban. 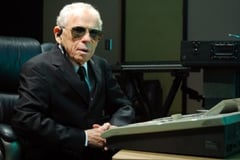 Who says only young hip people can be rap musicians? Stanley Hoffman (birth year unknown) was inspired by rappers Eminem and Ice Cube and decided to give himself the rapper name Kwayzar. While Kwayzar never had a rap career before (he served in the navy during World War II and was a comedian and actor afterwards), the fact that he’s trying it out past age 80 still makes it a worthy mention.

His songs include “I Can Still Do It” and the political rap “Vote of a Lifetime,” the latter of which was used to support Barack Obama’s 2008 presidential campaign.

Child prodigies are always amazing, and that includes one of America’s youngest physicians, Sho Yano (born in 1990 in Portland, OR). According to the Chicago Sun-Times, Sho was able to read, write, and compose music before the age of five. He enrolled at Loyola University Chicago at age nine, graduated in just three years, and got accepted into a combined MD/PhD program at the Pritzker School of Medicine at the University of Chicago.

After earning his medical degree at the age of 21, Sho began training as a pediatric neurologist at the University of Chicago Hospitals.