Do This One Thing Before The Year Ends 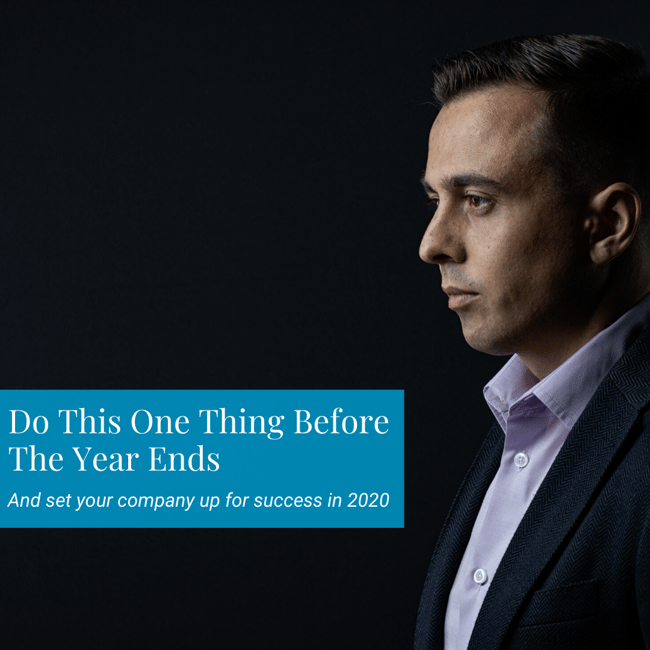 What if you could do one thing right now that would set your company up for success in 2020?

In just one week, Matt will fly home for the holidays with his wife and two precious daughters. His parents are older now and they are moving a bit slower. He's eager to see their faces light up when they see how big their granddaughters are now.

He’s looking forward to sitting around a warm fireplace with a cup of hot cocoa beside his lovely wife.  It's been a tremendous year both personally and professionally.

He reflects back on the past 12 months while he sits at his office desk covered in ‘thank you’ cards, gift baskets, and a whiskey decanter set with his initials engraved on it.

He’s overcome with gratitude and appreciation, just as his team is for him.

When Matt came on board as COO in January, the company was in a rocky place. Employee turnover rate was high and the HR department was putting all of their time and energy into hiring. They just couldn’t keep positions filled long enough.

There was no time to devote to fun work activities or perks.

Highly understaffed and overworked, employees were just trying to stay afloat and survive.

What Matt brought to the company changed the future of the business, had the biggest ROI, and altered the lives of its employees.

Before attempting to fix the company’s churn rate [which was at an all time high], and before even looking at performance reviews to see where everyone’s productivity levels were at, he prioritized something else.

"TO A MAJORITY OF TODAY’S TALENT POOL, JOB QUALITY MATTERS MORE THAN HOW MUCH THEY’RE BEING PAID."

He dedicated his first couple months at the company to evaluating the health of its culture. He knew something significant was happening beneath the surface if employees were leaving faster than HR could keep up.

He knew there was more behind the customer dissatisfaction, and the major decrease in revenue.

He knew the huge value of a thriving work environment and how it would create a ripple effect for business and sales.

Matt started with the basics. He went back to the foundation.

Over the course of the new year, he created a culture of transparency and trust by taking the time to talk to each employee one-on-one. He encouraged them to share their frustrations and he listened to their suggestions.

He had his new team join him in redefining their core values.

"79% OF EMPLOYEES SAY THEY WOULD BE MORE LOYAL TO THEIR EMPLOYERS IF THEY RECEIVED MORE RECOGNITION."

He encouraged work-life balance with his new paid-time-off policy, which allowed employees to spend more valuable time with loved ones.

He let go of employees who weren’t a culture fit; those who had more of a fixed-mindset, and were unwilling to change and adapt to a growing environment.

He paid attention to the unique talents of his staff and found opportunities within the organization where they might thrive. By doing so, he was contributing to their overall happiness.

He had the HR department publish job posts that highlighted employee stories. He wanted to give potential candidates a glimpse into their work environment and the people behind the culture.

"46% OF JOB SEEKERS CITE COMPANY CULTURE AS VERY IMPORTANT WHEN CHOOSING TO APPLY TO A COMPANY."

The results were incredible.

The culture became more aligned and unified as the year went on. The turnover rate went down to 0%. Some of the employees who left, actually asked to come back!

Customer satisfaction went up, revenue went up, and churn rate was at an all-time low. It was the perfect example of how culture works from the inside-out.

"58% OF EMPLOYEES WOULD STAY AT A LOWER-PAYING JOB IF IT MEANT WORKING FOR A GREAT BOSS."

But it all started with one very simple action.

This week, before you head out for the holidays, fill out our 14-question work sheet and evaluate the health of your culture.

This one simple thing will help jumpstart your company goals for the new year.

It all begins with culture.

Take it from Matt, it’s never too late to go from surviving to thriving.

Grab this worksheet to reflect on your organization's current state of culture with your team. Plus, discover the benefits of a happy, engaged employee. 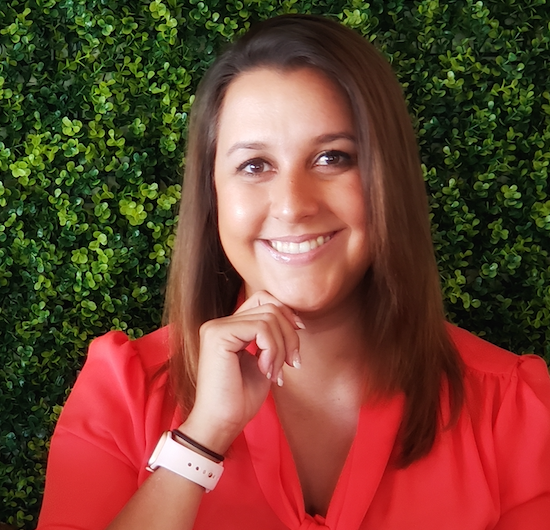 Karissa was born in New York City, raised in Miami Beach, and she currently resides in Las Vegas. For 10+ years she worked as a script supervisor, producer and copywriter for various commercials, TV shows, films and more. She helped produce buzz-worthy content for the entertainment news show Dish Nation and interviewed celebrities at major award shows such as the Oscars and the MTV Video Music Awards. She also managed marketing campaigns for high-end luxury brands. Producing compelling content with a killer marketing strategy behind it is her passion.