Wisdom for a Happy Life: Explore and Discover New Places 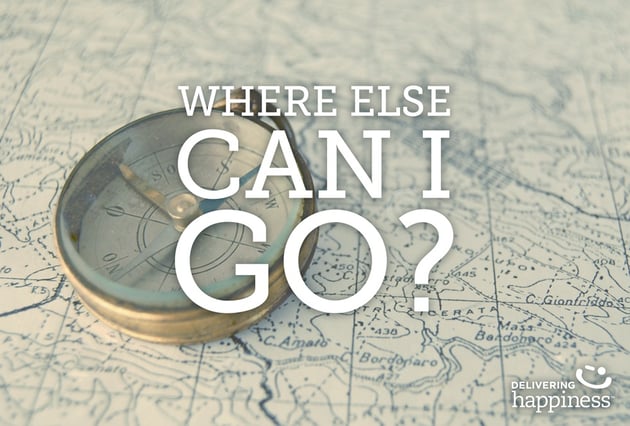 Does traveling lead to more happiness? I’m sure many people would agree that the answer is yes. In fact, a survey by the travel company G Adventures found that 83% of people consider travel to be a very important part of life, and 68% of people say that new experiences are the happiest part of traveling.

Why would travelers be so happy?

The blog In Pursuit of Happiness has an answer, listing six reasons: having a sense of accomplishment, learning about ourselves, becoming more interesting individuals, realizing that some things in life are less important than they really are, connecting with people, and feeling alive.

Travel is such an inspiring activity that one cannot help but share travel experiences with others.

Recently, the BBC reported on a University of Vermont study that analyzed messages on Twitter and found that people who traveled further from home posted significantly more happy words in Tweets. Traveling has that much of an emotional impact.

For me, I've just begun to discover the joys of traveling. As a California native, I've taken opportunities to explore my state and also the neighboring state of Nevada. Eventually, I asked myself, “Where else could I go?” That’s when I set a goal for myself: set foot in all 50 states in America.

Since then, I broadened my appreciation of the United States after traveling to the following places:

I've never been more proud to be an American since visiting sites such as the National Archives (displaying the original Declaration of Independence and U.S. Constitution), U.S. Capitol (where I sat in the House of Representatives gallery), Vietnam War Veterans Memorial, Lincoln Memorial, Martin Luther King Jr. Memorial, and various Smithsonian museums.

This major city may not be high on most people’s travel lists, but I’m still glad I stopped there. Its main landmark, the Gateway Arch, is a symbol of St. Louis being a gateway to the West, as the city was a major trading post for travelers such as Lewis and Clark and people lured by the Gold Rush.

Dallas and Fort Worth, TX

Texas definitely has some interesting history and culture. In Dallas, I visited the Sixth Floor Museum, devoted to the assassination of President John F. Kennedy, as it marks the location where Lee Harvey Oswald fired the fatal shot. In Fort Worth, I visited the historic Stockyards District that includes a rodeo coliseum, a cowboy clothing store, and remnants of two meatpacking plants. Plus, I toured the U.S. Bureau of Engraving and Printing in Fort Worth, one of two facilities (the other is in Washington, DC) that prints U.S. dollar bills.

My latest stop was in Colorado, where I visited the U.S. Mint stamping U.S. coins in the Mile-High City of Denver, visited the pedestrian Pearl Street Mall in downtown Boulder, and marveled at rock formations in a natural park in Colorado Springs called the Garden of the Gods.

I have a long way to go before I visit each American state, but I’m confident I’ll get there. After that, I’ll eagerly see the rest of the world.

I realize that not everyone can travel far or often, but that doesn't mean it’s a total loss. Any chance to see a new place, whether near or far, can be a relaxing and eye-opening experience. What’s important is that we discover something new and exciting beyond our familiar little worlds. The world at large is full of opportunities for happiness. Traveling is a way for us to discover them.

Anthony Lee is a prolific writer (medical by day, creative by night), an avid book reader, an enthusiastic movie watcher, and an insightful philosopher. He joined the Delivering Happiness movement in late 2011 after reading Tony Hseih’s book of the same name, sharing it with his book club, and adopting a new found optimistic perspective on life. He spends much of his time thinking of ways to improve the world and inspiring people with his own words of wisdom and inspiration on Facebook (AnthonyLeePhilosopher) and Twitter (AntPhilosopher).