How Did This Group of Women Champion Their Own Happiness? 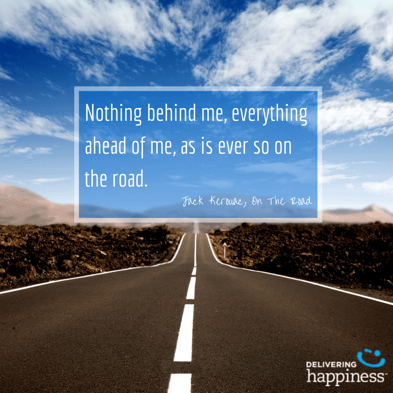 American motorcycle manufacturer Harley Davidson commissioned a study of female motorcycle riders and non-riders. The market research company Kelton Global interviewed a little over one thousand females bikers and about the same number of non-riders.

Their results showed the riders they interviewed are happier in a number of significant areas: friendships, careers, home lives and sex lives.

Of course, when a company funds a study that says its products make people happier, it seems like an obvious marketing tactic. The women riders in the study who reported being happier may have been happier before they started riding. They might have had more money and more lucrative careers to begin with, which is what allowed them to pursue a hobby that requires a motorcycle and the free time to enjoy it.

They also might have had a greater self-awareness to know what they like and have given themselves more permission to pursue it. Another potential contributor to their happiness (whether a motorcycle is involved or not) is how willing they are to make sacrifices. It seems to have been the common expectation for centuries that women make sacrifices for their families and relationships. Doing so to an extreme can limit their lives and even damage their health. For example, a University of California, San Francisco research study conducted at the School of Nursing found that 60% of the 1,000 adult women they surveyed were getting less than one to two nights of good sleep per week.

In the LA Times article about the 'happier' motorcycle riders in the survey, we may be seeing an indication of a shift in some American women towards greater autonomy or personal freedom. In other words, it isn't as much about the choice of hobby and related gear it is about women changing how they see themselves as deserving more than the old societal roles of giving and strenuously avoiding their own interests in order to better serve their families and communities.

Their motorcycle riding hobby might be a manifestation of the greater autonomy women are experiencing, and it is autonomy that has been linked to happiness by scientific research - not a survey conducted by a marketing research company. (This comment is not meant to be a dig at anyone, only a point about the difference between the two.)

Research reported about in 2011 described this relationship, “Freedom and personal autonomy are more important to people’s well-being than money, according to a meta-analysis of data from 63 countries published by the American Psychological Association." (Source: APA)

Activities like riding horses, bikes, motorcycles, snow mobiles, and personal watercraft are associated with individual freedom and happiness. It could be almost any solo activity a person allows her or himself to do that increases happiness. Self-awareness, the exercising of personal freedom and pursuing one's own passion, are all more likely to be the basis for satisfying experiences.

More women are riding motorcycles according to a 2012 report and Harley Davidson is undoubtedly benefiting from this societal trend. But is it motorcycle riding that is making women happier or is it women who are choosing more personal freedom and making themselves happier?

Author's Note: Harley Davidson is roundly known for making quality products and having a very enthusiastic customer base, so this article is not meant as a criticism of them, but as an exploration of their specific niche of happiness!

Are you interested in beginning your culture journey and creating more happiness in your workplace, and the world? Schedule a culture call with us today!