How to Manage Effectively When You Are a Terrible Manager 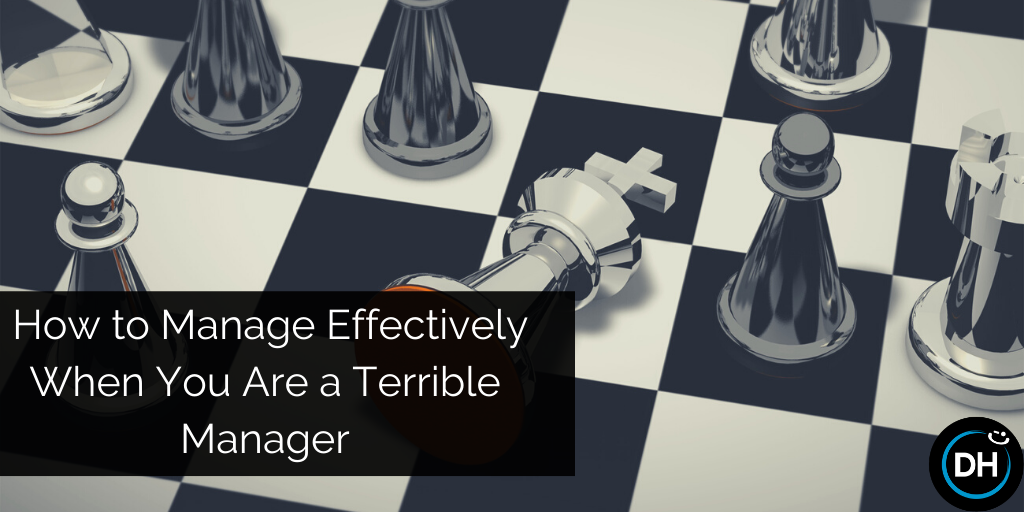 I was a Wall Street investment banker for almost 25 years, and our profession is renowned for having terrible managers. Belittling juniors, working them to exhaustion, and providing inadequate guidance are all par for the course. Of course, you must be thinking that I must be one of them. Sorry to burst your bubble. In fact, almost everyone who has worked for me directly thought I was a pretty darn good manager and mentor. Don’t believe me? Check out my public recommendations on LinkedIn or my website. Once you get over your disbelief, I will share some of my secrets, including how to get those you’re managing to labor hard, smart, and effectively while still maintaining comradery among your team.

The hard truth is that they do not teach what you really need to know about managing people in any school I’ve ever attended. Sure, there are entire university departments, HR training, and organizational psychology classes dedicated to the study of management. If you work at a Fortune 500 company, leadership training of some sort may already have been foisted upon you, and if you have learned anything, it is exactly what many managers have learned by not attending them that really works. It can be summarized in the following quote, rumored to have come from Albert Einstein: “In theory, theory and practice are the same. In practice, they are not.” Only by learning on the job do managers gain insight into what motivates their minions. Managers learn by trial and error, not with standardized formulas. Everyone is different, so what works for a goose might not work for a gander.

To begin, my management philosophy is centered around a very simple framework: the Empowerment Model. My starting point with those who reported to me was to focus on their competence rather than their deficits, to support their resourcefulness rather than their weaknesses, and to help them develop skills rather than disparage them about their ignorance. I figured out what they were good at and where they were weak, and I helped them fill the gaps. But given that I am human and fear loss aversion, I expected the worst from people but hoped for the best. With time, I continued to lower my expectations because I got burned so many times by people underperforming that I was crispy on the outside.

Getting people to willingly do what you want is not as easy as it sounds. That’s because fundamentally, no one wants to be told what to do. Just ask any four-year-old, although, at any age, there is ample research showing that one of the key tenets of happiness is feeling that you are in control of your own destiny. Being managed, of course, flies in opposition to this credence because, ultimately, you’re doing what someone else wants you to do. That’s what you’re up against as a manager.

What’s the solution? Incentives. For these to work, you need to know what motivates each member of your team. Yup that is the key to good management. What makes your employees tick? What drives them? On Wall Street, like a lot of places, their motivation is pretty obvious—money and power, and money, and more money. In Silicon Valley, it might be the coolness of your project or the ease of access to free Philz coffee. In Hollywood, it could be rubbing shoulders with C-listers or getting social media ammo for your name-dropping escapades.

In my world, to be a great manager, you have to give people agency, but with the important caveat that they have to give something to get something. If they want guidance, wisdom, or to be on a winning team to advance their career, what could they contribute? At the same time, as a manager, you also have to live up to your end of the bargain. That means you delegate and give people agency to take responsibility for their assignments. You have to assume that they want to do a good job, not be freeloaders, and most important, live with the consequences of their own actions.

There is science behind this strategy. It’s the endowment effect [also known as the IKEA effect], where people overvalue their own solutions and fail to appreciate the suggestions of others. While some execs go for the more traditional “Do as I say” method or its close cousin, “Unless we are in Bizarro World, I do not pay you to tell me what to do,” I have found that allowing people to fail is more effective, particularly with those convinced they can do your job better than you. I could also be tough when I had to be. I never thought twice about telling a person outright that they had performed poorly, or that someone else could take their place, or that they had let the team down. My goal was always to get them to the point where they would ask themselves, “What would Dave do?”

It was important to me that my people looked to me for answers not because I was a great person but because I was smart, efficient, supportive, and fair. I needed my employees to want to work for me, and because I led by example, for them to believe they could achieve things they could not have imagined when they were first hired. This is critical in competitive industries like Wall Street and management consulting, where you’re essentially up or out. People need to constantly punch above their weight to ensure career longevity. I wanted them to succeed and told them so, and more often than not, this resulted in a win-win for both of us.

One final tip is to reward the process and not necessarily the outcome. A junior’s life can be so miserable that it’s important to praise early, publicly, and often while in the heat of battle—right after pulling an all-nighter, presenting at a pitch, or wrapping up a client meeting. This is especially important when your employees are trying something new or out of their comfort zone because it will encourage risk-taking. In the famous words of Waldo [Ralph Waldo Emerson, not that other guy], “Life is a journey, not a destination.” The process is that journey.

Dave is a 30-Year Veteran of Wall Street and Silicon Valley. He’s an entrepreneur who has started multiple companies, advisor who has raised over $15 billion for hundreds of companies, and investor in multiple billion-dollar exits. He is passionate about advancing new ideas in technology and entertainment and supporting philanthropic causes for disadvantaged groups. He’s a creator who enjoys writing books and drawing cartoons.